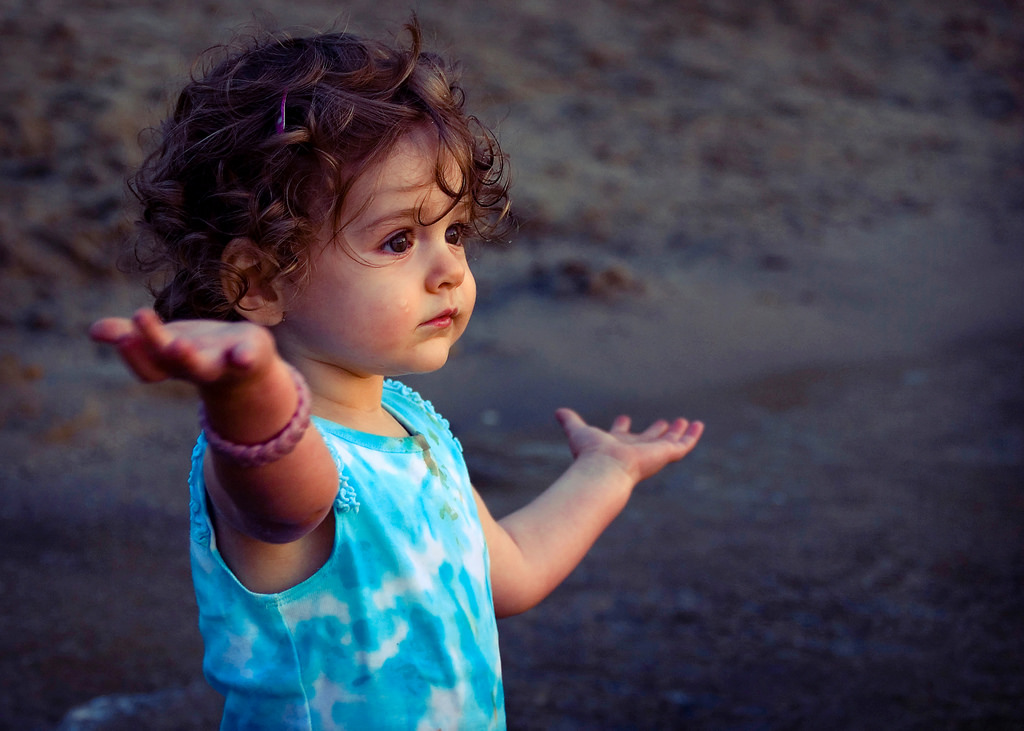 I have been reading your notes on the existence of God, what to say to an atheist, how can a loving God send people to hell, etc... Let me start by saying that I have found them informative.

However what prompted me to look for such information in the first place were my two children's questions. They have all of the above and more and I was looking for a simple way to explain things to them. My son is 12 and my daughter is 7. Suffice to say that your way of explaining things would not work when dealing with even a 12 year old much less a 7 year old. Their mother is a backslidden Christian and they are being bombarded with the untruths and confusion the enemy brings forth in people who do not have on their armor (Eph 6).

I need to know how to explain things like these in such a way that my children will understand. If you could help I would be most appreciative, or at least provide me some names of resources that address these issues at an adolescent/Pre-adolescent level.

Thanks you very much in advance!

Thank you so much for writing and for your wonderful question. I can imagine it must be a terribly difficult situation you're in. However, I also believe that Christians must equip their children to answer some of these objections. Kids today are being confronted with ideas and beliefs that are antagonistic to the Christian worldview at a younger and younger age, so it is imperative that we are able to help them to know not only what they believe, but also why they believe it.

In discussing concepts like the existence of God with young people, there are many basic arguments that are valid yet still simple enough for them to grasp fully. Social scientists tell us that abstract reasoning skills don't fully develop until after the onset of puberty. This doesn't mean that you cannot utilize a logical approach when dealing with tough questions, though. Mostly, it just requires boiling down the arguments into their most basic ideas. Kids will get a strong foundation this way and when they become more interested in investigating these issues for themselves, they will find the process familiar and reasonable.

As an example, let's take the existence of God. We can show that God must exist, since we see the universe getting older. Scientists observe that all the planets are slowing down. The universe is like a giant alarm clock that was wound up and now is moving slower as it unwinds. The question is, who wound up the universe?

Another idea that's even simpler is William Paley's design argument. Paley asked that if he were to be walking on a road and found a watch laying in the dirt, and he looked at all the gears driving the hands and the glass cover, what would be more reasonable for him to believe; that the wind and the rain and the elements just happened to come together to form this watch? Or is it more reasonable to believe that the watch was made by someone with intelligence who designed it? We see how the world works together everywhere - the flowers need the bees to pollinate, the animals need the plants to live and the plants need the animals. Everything is balanced just right.

Other Types Of Arguments

Another type of argument we can study would be the moral argument for God's existence. Dr. J.P. Moreland gives us a great example in his book Love Your God With All Your Mind when he relates a conversation with his daughter. When Allison was in the sixth grade, she relayed a discussion they had in school about bigotry and stereotypes. Dr. Moreland asked his daughter "Why do you think all people should be valued equally?" His daughter replied, "Because they're all the same." Dr. Moreland responded that people are most certainly are not the same. Some are faster, some are slower, some are taller, some are smarter; there are all kinds of differences. He then asked again what she thought it was that makes people equally valuable?

The reason people should all be treated with equal dignity and respect is the fact that each one is created in the image of God and has value because of their creator. Being made in God's image is the very essence of being human (for more on this, see my article "How is Man Created in God's Image?"). It is this Christian idea where the civil rights movement has its roots. Without God, we're all happy accidents where (according to Darwinian views) only the stronger, faster, smarter should survive. It takes God to give us all equal worth.

Questions like why would God send people to hell can be similarly answered. Most kids understand the idea of people being punished for doing the wrong things. What's more, they will also grasp the idea that if God didn't punish someone who sins, it would be wrong on God's part. The concept of God being just is a natural one. Kids get it instinctively.

I hope these examples will give you a foothold on which to build your discussions with your children. There are several books available that can also help you to make ideas about God more understandable. For younger children, you may want to start out with the Family Nights series of books through Focus on the Family. They give a really good approach to talking with your kids about Biblical issues and the activities they suggest are engaging and fun. For those kids in the teenage years, I can recommend a few books:

As I said, I know this can be difficult, but it is well worthwhile. I'll be praying for you and our family.