Home > Apologetics Topics > Questions About the Bible > Did the Father Turn Away From the Son?

Did the Father Turn Away From the Son? 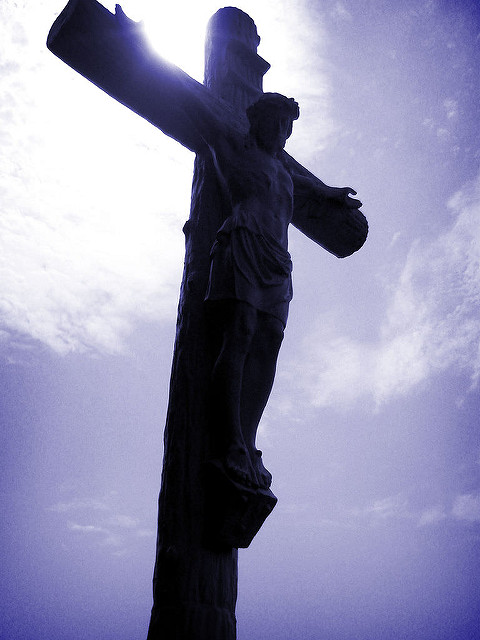 I'm having trouble configuring preferences, so I couldn't click your e-mail button on the Website. So I got this address on a search (hope you're the guy I'm looking for.) I have a comment & a question.

1---Regarding the sacrifice Jesus made (in answering the atheist): The Bible speaks of a resurrection of the just and the unjust. The unjust are thrown into the lake of fire---prepared for the Devil and his angels, which is the second death (Revelation). THIS is the death which Christ experienced for us---complete separation from God, which even the worst unbeliever has not yet experienced, at his (1st) death. Another aspect of Christ's sacrifice is in that He never before wore the flesh, but is now confined to it the same as every man. It's like you or I becoming an ant in order to save the species. God GAVE us His son---never to be returned in the same condition---He now belongs to the human race, forever. Though our bodies will be glorified in the resurrection, they are still human bodies---designed for living in a material world called the new earth. Jesus will reign among us as our king---a humble position in comparison with the exalted state He knew for eternity prior. (First we reign with Him a thousand years in heaven, judging men and angels---confirming their cases as God has indicated in the record books. Then we return to earth with the New Jerusalem, the wicked dead are resurrected, try to overtake the City, and are thrown into the lake of fire---which the saints find acceptable, having had a thousand years to pour over every case & agree that God is just in this "strange act".)

2---I'm writing a sermon and would like the testimony of some reputable thinkers as to how the wisdom of the Bible convinced them of its Divine origin.

Got anything for me?

Thank you for writing. I'd like to take your points one at a time and address them.

In point number one you state that Christ experienced the second death for us. If this is true, it might raise some difficulties for the believer trying to reconcile the nature of Christ with His work on the cross. Let's examine just what we believe about Jesus' relation to the Father.

Now, the Son has all of the attributes of God (what we call the nature of God), but he of His own volition took on additional attributes, those of man (Phil 2:7). So when Jesus was incarnated in the flesh, He had a God-nature and a Man-nature. He never forsook being God, but rather He chose to not exercise the privilege of being God while on earth (Phil 2:8). Further, he will forever retain His human attributes as He is risen as a resurrected man; in a body like one that all believers will have when they're resurrected (Col. 1:18. 1 John3:2).

The reason I bring these points up is that we must be careful in understanding just what the act of atonement entailed. Jesus couldn't be completely separated from God because Jesus WAS God, and it would be impossible for Him to be separated from Himself. Christianity teaches that God is always One in being, so Jesus' divine nature always resides with the Father, even in the crucifixion. If we are to say that the Father separated Himself completely from Christ we either have a moment where Christ wasn't deity or a moment where there are two gods. Either way we would have a contradiction on our hands impossible to reconcile.

Now, many people have taught differently on this topic. I understand that I may be voicing an opinion that you have not heard before. However, I don't see how we can be consistent in our beliefs that Jesus is God "yesterday, today and forever" and also hold that the Father broke ties with Him. Many people will say, "ah, but Jesus says that it happened in Matthew 27:46!" Let's look at this passage.

When Christ cries out "My God, my God, why hast Thou forsaken me!" He doesn't mean that the man Jesus was somehow stripped of His divinity, or that the Father and the Son were cleaved into two separate individuals. Jesus' God-nature was just as inseparably a part of Him as His human nature. No, Jesus was first of all calling attention to the prophecy that He was fulfilling at that time. Psalm 22 begins with those exact words, and the Jews referred to specific Psalms by their first verse. Christ was declaring His mission by pointing to a prophecy of His own suffering. Not only did the hearers miss this point, but they thought He was calling Elijah!

It is true that in some sense the protection that the Father had afforded Christ in His earthly ministry was now absent. Several times previously, there were those who gathered around Jesus to take His life (Luke 4:29-30, John 8:59). Jesus always escaped unscathed. Satan even recognized protection was a promise from Psalm 91 and he quotes that promise to Jesus in Matthew 4:6, " 'He will give His angels charge concerning You' and 'On their hands they will bear You up, lest you strike Your foot against a stone.' " However, we must be cautious and understand that this withdrawal of Holy protection was *planned*. It did not come as a surprise to Christ. In the garden, Jesus prayed fervently to the Father because He knew the suffering He would entail. Jesus even said in Matthew 26:53 that He could call legions of angels to deliver Him. So the suffering and atonement wasn't a forsaking of God, but the voluntary act of Jesus in taking our punishment and feeling God's wrath.

I believe that Christ was "made sin for us", but it is in a substitutionary manner. He was punished for our sin, but God's wrath was rightly imposed by our actions. God may have met His requirements for justice through the atoning death of Christ, but His wrath was never held for Christ. God's wrath was against us. Christ was the one who felt its sting. Maybe you can picture it like a swordsman standing over his enemy ready to deliver a fatal blow. Just as the sword comes down, the friend of the enemy jumps in front of the strike and is fallen on his behalf. The wrath is against the enemy, but the friend displaces that wrath by his actions.

Now, the idea that Christ had to suffer in hell will also confuse this issue. Over and over in the Bible we are told that the atoning work of Christ is on the cross. His atoning sacrifice was foreshadowed by the killing of animals. The writer to the Hebrews makes a strong point of how it is Christ's shed blood that redeems us, not a descent into the abyss. Paul states that He preaches Christ crucified and says that he also crucifies his flesh. Jesus' last words before giving up His spirit were "It is finished" which also translates to "paid in full". There was no need for Him to suffer anymore, as the full requirements of God had been met. Jesus told the thief on the cross "Today I will be with you in paradise" and paradise is understood to be that portion of Sheol called "Abraham's bosom", where the faithful awaited their redemptor (see Luke 17:19-31). This is where he descended into the lower parts of the earth (Eph 4:8).

Lastly, when Christ does reign again, the Father will restore Him to an authoritative position more than just an earthly king. The very angels will bow before Him( Hebrews 1:6) and every knee on heaven and earth and under the earth will bow( Phil. 2:11). The deity of Jesus will be recognized, and though He will never lose His human nature, His divine nature will always have all those attributes of God and will be worshipped as such.

As to your second question, there are many good books I can recommend. The story of the great Harvard law professor Simon Greenleaf is famous that, when challenged by his students to examine the evidence for the resurrection as he would any other forensic evidence, he was duly converted. This century has seen such intelligent atheists as C.S. Lewis become a passionate Christian. Two books on the subject would be Who Moved the Stone? by Frank Morison which recounts his attempt to debunk the resurrection story and in writing that book he became a believer. Also a more modern account is The Case for Christ by Lee Strobol. Check the bibliography page on my web site for ways to get these.

Remember too, that most of the philosophers and great thinkers from the time of the apostles until now were Christians. Descartes, Aquinas, St. Anselm, Augustine, and notable scientists such as Newton were strong believers, too.

Thank you again for sharing your thoughts. Please let me know what you think about my comments and I'll be praying for your ministry. May God richly bless you as you continue to seek Him.