2022 Footsteps of the Apostles Tour 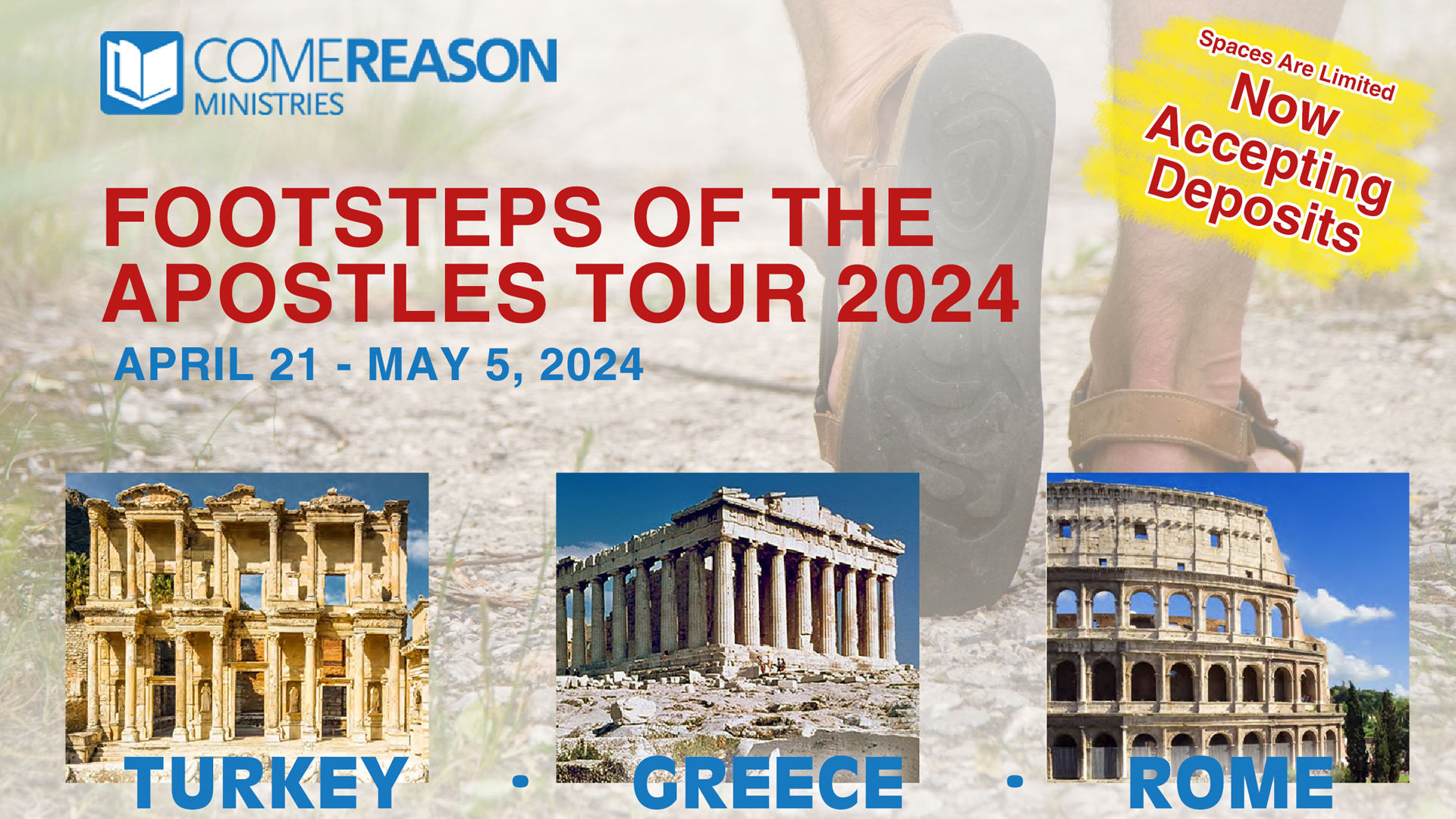 Follow in the footsteps of the Apostles and see the Bible come to life!

Join us March 20-April 3, 2022 for a life-changing trip to Turkey, Greece, and Rome with apologist Lenny Esposito.

Join me on a once-in-a -lifetime tour of Italy, Greece, and Turkey as we explore the world of the first-century church. Walk where Paul walked, see the island where the Apostle John was banished, stand on the Aeropagus, and visit the center of the Roman Empire, all the while growing deeper in your faith during our on this unique 15 day trip.

This tour has been custom-tailored to the Bible student and is fully guided by experts. It isn't an "off-the-shelf" itinerary. The experience even includes a three day Mediterrenean sea cruise! The price includes travel, accommodations, all exhibit entry fees, and morning and evening meals. Deposits are being accepted now, so reserve your spot. A $400 deposit will hold your space.

Make your New Testament come alive with this one-of-a-kind experience!

Spend two weeks seeing some of the grandest sites of the anceint world, including the Hagia Sophia in Istanbul, the island of Patmos where John wrote the book of Revelation, the Roman Colesseum, Mars Hill, and the Parthenon in Greece. Visit key cities of the BIble such as Corinth, Ephesus, Pergamum, and Miletus.

A deposit of $400 per person holds your spot!

What’s included in your fee:*

*Pricing and airfare are based on costs as of December  2020. Come Reason reserves the right to change prices due to fluctuation in the US dollar and fuel prices.