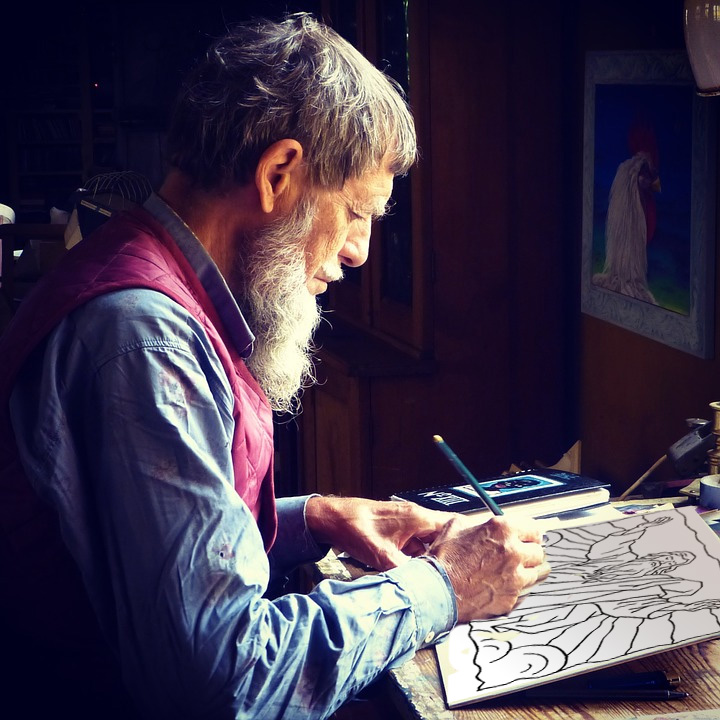 I have a question that has been on my mind for a long time, and I have yet to find a satisfactory answer. I hope you can give me some answer, or show me where I can get the information if it's been answered by other people.

Christians always argue that the complexity of life and the order in the universe show us that human and the universe could not just exist and maintain themselves without a creator.

When people ask the question "who created God", Christians like to answer by saying that God by definition is eternal and uncreated, and were God a created being, he could not be God. To me, then, it means God is a self-existent eternal being. I understand that the question "who created God" seems meaningless because if there is always an answer, there will equally be a question that follows and it can go on forever.

But on the other hand, if it is so unthinkable for Christians to accept that the universe (and human) could exist by itself, how is it possible for them to accept the notion that God, being a more complicated being, could be self-existent? Buddhism has completely given up on any concept of God because it thinks that it is beyond man's grasp. In contrast, Christians seem willing to stop asking the question "who created who" when their answer arrives at God. Logically, it make sense to me because of how we define God. But deep down in my heart, the question still bother me, am I missing something here? I am a Christian, even though most of the time I can put the question on the back of my mind and just trust God, sometimes the question still bothers me.

Hope you can help me with this question. Thanks in advance.

Let me try to summarize your question. It seems to boil down to "If the complexity of design in the universe argues for a creator, then how can God, who is more complex, not be created?" We must tackle two issues here: first how we categorize things, and how we define those categories.

Other things, like those that are found in nature, are also created things. We sometimes understand the processes that began their formation, but we also base that conclusion on the fact that they're following the law of entropy. Things are decaying, eroding, or dying. We can understand that they had a beginning because left to themselves they will deteriorate into something less than what they started. Now, this is not to say that everything that is eternal is not created, but only anything that is not eternal must be a created thing by definition.

From a purely scientific viewpoint, the most upsetting admission of the modern era is when science had proven the universe is running down. This led to Big Bang models and others, but the conclusion that could not be avoided (though they tried very hard through expansion and contraction models, etc.) is that the universe had a beginning, and therefore is a created thing. This admission is huge to those trying to prove the universe doesn't need God to exist!

The question that must be asked, then, is "If something is created, who or what created it?" If the universe is created, and left to itself it will run down, then who put it together in the first place? We know it shows intelligence, design, and balance. It is logical to look at the evidence and argue for the existence of a creator. If the universe is a thing, and it is a created thing, then it had to come from something else. A thing cannot come from no-thing. That would be a logical contradiction. A state of being "A" couldn't come from an anti-"A". Since the state of being anti-"A" entails a negation of any "A" (none of "A" can be around for anti-"A" to be true), it doesn't make sense to claim that the very thing negated would spring forth from its negator.

The part that is truly amazing is that the Bible reflects this idea completely. The Bible shows God as being outside of time (ref. 2 Peter 3:8, Isaiah 43:13, etc.) and as a non-created being bringing creation forth (ref. John 1:3). It alludes to the universe expanding (Isaiah 42:5, Jeremiah 10:12), and the fact that God can see all of time at one moment (Isaiah 46:10). The idea of God not just having an infinite amount of time, but being outside time altogether is unique to the Bible. No other religious book makes such a claim.

To me, the whole idea of God showing us in His word that He is the Creator, not a creation reinforces my faith. Because modern science is just now getting to the place where we can start to appreciate what it means to be eternal, it demonstrates that we hold to an intelligent faith. I hope this discussion has helped you. Please let me know if there's anything I might have left unclear, and let me know what you think!