Home > Apologetics Topics > Questions About the Bible > How Can I Become a Thinking Christian?

The Problems Found In Christianity 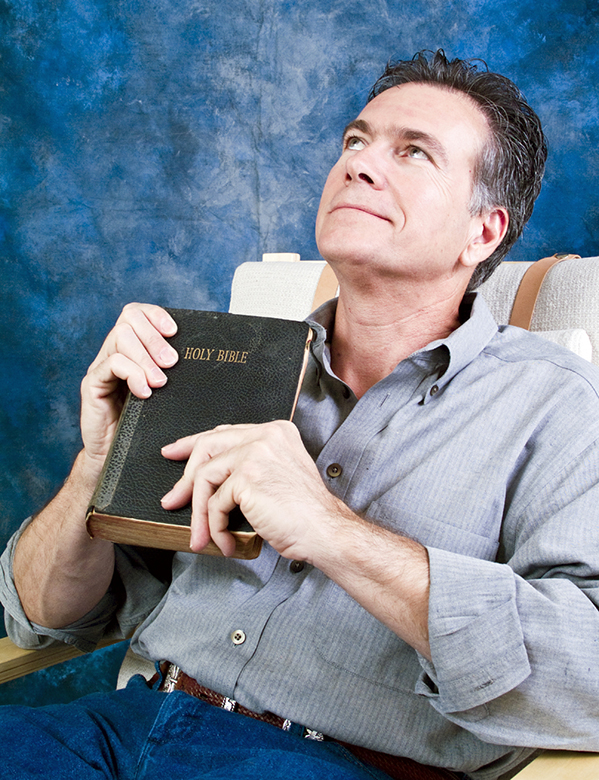 Hi Lenny,
My name is Ben and I have a pretty general question for you...well
here it goes...

What are some of the main problems people see with Christianity? Are there any solutions on how to fix them? And if there are solutions are there any barriers prevents the problem from being solved? Sorry about the complexity...but I read your answers to all the others questions posted on the website and I think that you and your people might be able to help me...

Thanks for your intriguing question!! If more people asked it, I'm sure the church would be a better place.

As a worldview - that is as a belief system - I feel that Christianity is solid. Now there are certainly points within Christianity that we don't have all the answers for, things that are not completely understood. However, because there are a few things we don't understand does not mean that we should abandon our faith any more than the neurosurgeon dismisses what he knows about the brain because of the vast amount he does not yet know.

But, I think what your question is really asking is where is Christianity in danger as it is practiced today. In other words, "What is the problem with the practice of Christianity in the beginning of the 21st century?" I feel that the biggest problem Christianity is facing today is a lack of Biblical wisdom. Wisdom is defined biblically as knowledge or understanding (Prov. 2), but it encompasses more than just grasping a concept intellectually. It also means discernment. Wisdom is knowledge properly applied.

Many in Christendom today have faith without seeking proper knowledge of that faith. At some point, then, their belief becomes emotionalism without reason and substance. They take the view that since Christianity is the "right" religion and all the other ones are "wrong" that they're OK and don't have to worry anymore. This emotionalism is dangerous for many reasons, but two that I want to focus on specifically are how it allows heresies into the church and how it damages our witness to those outside the church.

In Hebrews 5 verses 12 to 14, the writer rebukes the Hebrew church for not truly understanding their own faith. He writes, "In fact, though by this time you ought to be teachers, you need someone to teach you the elementary truths of God's word all over again. You need milk, not solid food! Anyone who lives on milk, being still an infant, is not acquainted with the teaching about righteousness. But solid food is for the mature, who by constant use have trained themselves to distinguish good from evil." (NIV). As you can see from these verses, gaining an intellectual understanding of the difficult teachings of scripture help Christians distinguish good from evil.

Paul also commented on this in the Epistle to the Ephesians when he warned that "We are no longer to be children, tossed here and there by waves and carried about by every wind of doctrine, by the trickery of men, by craftiness in deceitful scheming; but speaking the truth in love, we are to grow up in all aspects into Him who is the head, even Christ." (Eph 4:14-15 NAS )

Because many have thought that faith alone is good enough to sustain the Christian life, the church has become intellectually lazy. And because people don't want to study doctrine, they will sometimes accept teachings that are heresies without realizing it. In fact, many of the modern cults we see today got their start because Christians weren't equipped to recognize a heretical teaching when it was offered to them.

The most bothersome part of this condition is how it is so detrimental to our witness. We tell other people we have the truth of God. We tell cultists that they're wrong and we're right, yet we don't subject our beliefs to the same scrutiny and diligent study as we hold them to. Mostly what happens is we try to "out argue" them. If we haven't taken the time to really investigate what we believe to be true, then why should we require anyone else to do so?

The other great problem that stems from lack of true wisdom is the ability of the church itself to become corrupt. In 2 Timothy 4 we read "For the time will come when they will not endure sound doctrine; but wanting to have their ears tickled, they will accumulate for themselves teachers in accordance to their own desires, and will turn away their ears from the truth and will turn aside to myths."

Because many Christians judge the reality of a doctrine not on their investigation and comparison against the rest of scripture, but on how it makes them feel, many churches have become replete with all kinds of error. We see things like holy laughter, barking as dogs, gold fillings or gold dust manifestations all done in churches that are supposed to be exalting the name of Jesus. People are no longer able to "rightly divide the word of truth" as Paul commands, but just waiting for the next emotional high.

Even Christians who have been taught doctrinally sound beliefs can fall into this trap. Look at the attention all the last days scenarios get. You have people who hold pre-trib, post trib, premillenial, dispensational, and preterist viewpoints, all who are eager to show you why their view is correct. The end-times books fly off the shelves at Christian bookstores. However, hand someone a Bible and ask them to prove the doctrine of the Trinity from it, and you'll most likely be met with blank stares.

Now, don't get me wrong. I'm not saying that we shouldn't discuss eschatology and examine the differing perspectives - not at all. I am asserting that when a core belief of Christianity cannot be defended while we have endless debates on secondary issues it shows the church has become ill and we need to reprioritize our Christian walk.

Although all these issues that I've brought up seem dire, the Christian church is not going to crumble away. I believe that God will protect His church until He is done with it. But I also believe that as Christians we are to be good stewards with the truth that has so rightly been given us. This means we must study and understand all that Christianity is. A good place to start is by buying a good Systematic Theology book, such as Grudem's. Then, set aside a time every day to pray and read your Bible - and seek to understand it from an intellectual as well as a faith-based framework. Finally, talk about what you learn and discover with other Christians; iron sharpens iron.

I hope this discussion is of some benefit to you as you seek to grow in Christ. Let me know if you'd like to investigate these ideas further. I'd love to help you grow in your knowledge of the Lord.